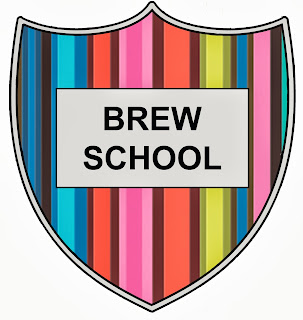 Hartingtons Brew School is one of the countries leading locations for learning to brew beer. With a panel of expert beer brewing experts including Paul Taylor, Head of the Lab at Murphy & Son in Nottingham and Alex Barlow of Sheffield's All Beer being amongst their roster of sort after expert tutors.

All courses take place in Hartingtons converted Mill in the picturesque Peak District town of Bakewell and brewing enthusiasts can learn all the skills from kitchen sink home brewing to how to match beers with food to going to the next step and setting up their own commercial microbrewery.

To celebrate Hartingtons Brew School's position in brewing education; Hartingtons can reveal their new Brew School logo.  Going to School has never been so much fun and the great thing about Brew School is that drinking on the premises is not only allowed…it's positively encouraged!

Beer Brewing Courses
Posted by The Editor at 07:35 No comments: